ACOTUP promotes the health, productivity and well-being of Canadians through collaboration in strategies and their implementation for excellence in occupational therapy and occupational science research and education.

ACOTUP’s leadership shapes occupational therapy research and education to inform practice and policy, and advances the science of occupation. 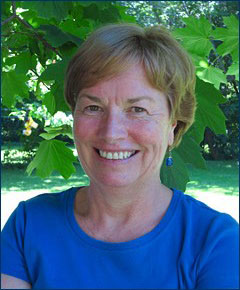 Margo Paterson, BScOT, MSc, PhD, FCAOT has been the Executive Director of the Association of Occupational Therapy University Programs since 2012. She is accountable to the Executive Committee and Board of Directors of ACOTUP-ACPUE. Based on the priorities of the Board, Margo is responsible for assuming a leadership role in moving the Association forward. Her main focus is overseeing the implementation of the strategic plan.

Margo’s contributions have been acknowledged by the 2012 Canadian Association of Occupational Therapy (CAOT) Leadership Award and she became of a Fellow of CAOT in 2015. She was the recipient of the Distinguished Alumni Award in Occupational Therapy at Queen’s University in 2019.

Dr. Paterson is also Professor Emerita in the Faculty of Health Sciences at Queen’s University. Her academic credentials include a BSc OT (1975) and a M.Sc. in Community Health and Epidemiology (1994) from Queen’s University. She holds a PhD in Health Sciences from the University of Sydney Australia (2003). Along with various colleagues, Margo has received almost $10 million in research related funding over her career.

Margo worked as an occupational therapist in clinical and community settings in Canada and Australia before she began her academic career. In addition to teaching at the graduate and undergraduate levels at Queen’s University, she held administrative roles as Chair of the Occupational Therapy Program several times. She was the Director of the Office of Interprofessional Education and Practice in the Faculty of Health Sciences from 2009-2012.

Dr. Paterson’s scholarly contributions are within a number of areas including professional practice and theory-practice integration including inter-professional education, care and practice; fieldwork education, clinical reasoning, and qualitative research. She has published work in all of these areas and presented at many national and international scientific meetings.

Margo can be reached at margo.paterson@queensu.ca